There is much talk about GoalAdviser.net at the moment, after it’s owner Kimberley Lloyd-Owen was featured in The Sun newspaper for her success with betting on goals in football matches,

But, just how successful is the website, and can you make a profit with it? We look at some of the facts, and try to filter some reviews based around this website/service.

GoalAdviser.net, is a website owned by Kimberley Lloyd-Owen, a 23 year old young lady from Wales, which she used as a membership/subscription based service to her clients. Twice a week, the website will offer forecasts on the amount of goals particular matches will create, and then you are advised to bet on these predictions.

Ok, but does GoalAdviser make money?

We have not tested the website, or service ourselves, but the owner mentions that she now has over 9,000 subscribers to the ‘tipping service’, and although subscriber lists always go up, and down, depending on results, this is not really an indication of success for the subscribers, and without testing the service ourselves, it is difficult to see if the profits are being made. 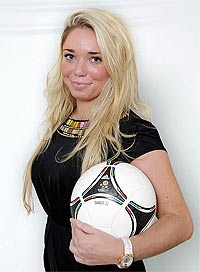 The initial review indicates that punters have made up to £100,000 from the tips offered by the GoalAdviser.net service, but does not stipulate if this is a global figure amongst all 9,000 subscribers, which would actually equate to £11 profit per customer.

How much does it cost to subscribe to GoalAdviser?

The subscription is actually free, although to receive the ‘bets’ you need to purchase credits, which indicates perfectly, that although 9,000 subscribers maybe an accurate figure, only subscribers who pay the credits get to review, and see the bets for that day.

The prices for the credits are £1 per set of credits, with £5 being the minimum that you can buy, and all payments are taken through paypal.

Do people really make money with tipping services like this?

That is a great question, and one where we would usually say that there will usually be a MINORITY of people who make money through gambling, on football, or anything else, and this minority will usually make a lot of money, with the majority losing a considerable amount.

The other consideration with ‘tipsters’ is the runs they have. For example, we could give you a system of backing the second favourite on horse races, and you could easily go for a full 7 days of very good profits, and then get wiped out on the 8th day, and even be in a large deficit, which is usually the case.

If you ever did decide to try a tipping service, of any kind, then we advise to be ULTRA cautious, because, GoalAdviser.net or not, we have seen many instances where many people have lost a lot of money on gambling tipsters, and we just advise you to use caution.

Something that has been recommended, and is similar, and guarantees to make money from betting is the following product: